You will receive 30% of the sum insured upon diagnosis of a covered Critical Illness. In the event a claim for Early Stage is paid, it shall reduce the sum insured of the Critical Stage accordingly.

If one of the following minor cancer condition is met:

You will receive up to 100% of the sum insured upon diagnosis of a covered Critical Illness provided no Early Stage claim has been made.

Any malignant tumour positively diagnosed with histological confirmation and characterized by the uncontrolled growth of malignant cells and invasion of tissue. The term malignant tumour includes leukemia, lymphoma and sarcoma.

Cerebrovascular accident or incident producing neurological sequelae of a permanent nature, having lasted not less than three (3) months. Infarction of brain tissue due to inadequate blood supply, bleeding within the skull or embolization from an extra cranial source resulting in permanent neurological deficit with persisting clinical symptoms. The diagnosis must be based on changes seen in a CT scan or MRI and certified by a neurologist. A minimum assessment period of three (3) months applies.

Death of a portion of the heart muscle (myocardium), due to inadequate blood supply that has resulted in all of the following evidence of acute myocardial infarction:

The evidence must show the occurrence of a definite acute myocardial infarction which should be confirmed by a cardiologist or Physician.

End-stage kidney failure presenting as chronic irreversible failure of both kidneys to function, as a result of which regularrenal dialysis is initiated or kidney/renal transplantation is carried out.

Filing an insurance claim can be a headache but Oyen strives to make the process so simple. We reimburse your claims for visits at any registered veterinary clinics in Malaysia.

We pay you up to RM200,000 in cash when you are diagnosed with cancer, stroke, heart attack or kidney failure. 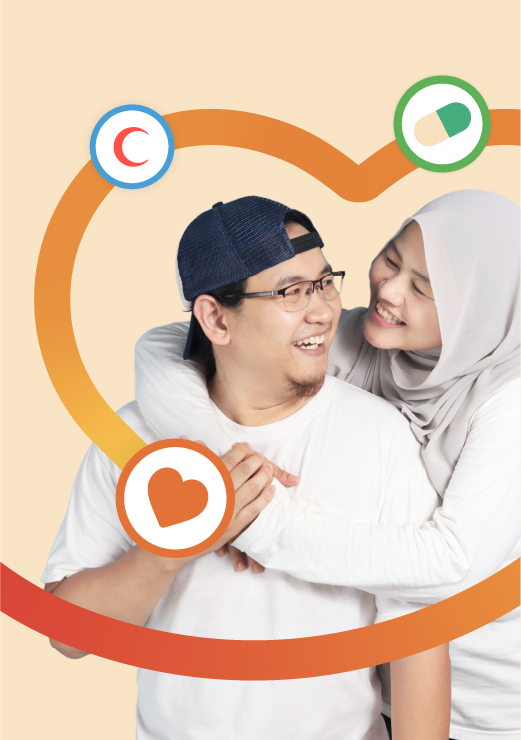 What do you get?

Up to RM 200,000 of lump sum cash when you are diagnosed with cancer, stroke, heart attack or kidney failure.

We pay you cash for recuperation, medication and travel allowance for your family members to visit as a result of critical illness.

Human medical treatment bills can put an unexpected dent in your finances. Protect yourself from the following four (4) major critical illnesses:

Get covered for malignant tumour that's diagnosed with histological confirmation and characterized by the uncontrolled growth of malignant cells and invasion of tissue. The term malignant tumour includes leukemia, lymphoma and sarcoma. Early stage cancer, cancer in the presence of HIV, skin cancer (except malignant melanoma) are excluded.

Get covered to undergo surgical repair of an intracranial aneurysm via craniotomy or surgical implantation of a shunt from the ventricles of the brain to relieve raised pressure in the cerebrospinal fluid. Procedures must be certified to be medically necessary by a neurologist.

Get covered for cerebrovascular accident or incident producing neurological sequelae of a permanent nature, having lasted not less than three (3) months. Also includes infarction of brain tissue due to inadequate blood supply, bleeding within the skull or embolization from an extra cranial source resulting in permanent neurological deficit with persisting clinical symptoms. The diagnosis must be based on changes seen in a CT scan or MRI and certified by a neurologist. A minimum assessment period of three (3) months applies.

Get covered for when it is medically necessary to:
i) Insert a permanent cardiac pacemaker that is required as a result of serious cardiac arrhythmia which cannot be treated via other means
ii) Undergo a pericardiectomy as a result of pericardial disease or undergoing of any surgical procedure requiring keyhole cardiac surgery

Get covered for death of a portion of the heart muscle due to inadequate blood supply, leading to acute myocardial infarction.

Get covered for the complete surgical removal of one kidney necessitated by any illness or accident. This must be certified to be medically necessary by a nephrologist.

Get covered for end-stage kidney failure that results in chronic irreversible failure of both kidneys to function, as a result of which either regular renal dialysis or kidney/renal transplantation is required.

Get a Free Quote from Oyen!

Your submission has been received and you will get the free quote from one of our agents.
Oops! Something went wrong while submitting the form.
Read Oyen's Privacy Notice

The right plan for your human needs. Be prepared for a rainy day.

The base package with simple coverage for unforeseen critical illness diagnosis

10% per annum increase of your initial sum insured for every year of no claims, up to 5 years.
Download policy wordingDownload product disclosure sheet

How does it work?

A simple guide to how our critical illness insurance works

Safinah enrolled in our Critical Illness Insurance Plan A at the age of 28, the sum assured: RM100,000

The 30 days waiting period for diagnosed Critical Stage Critical Illnesses have passed and she is now officially protected from our covered diseases.

The 60 days waiting period for diagnosed Early Stage Critical Illnesses have passed and she is now officially protected.
Age 30

Safinah unfortunately got diagnosed with Ductal Carcinoma in Situ (DCIS) early stage breast cancer. Her Critical Illness Insurance Plan A coverage disburses 30% of the sum insured, which is RM30,000. She now has RM70,000 left in her policy.

Thanks to the treatments, Safinah was able to recover from her illness. Safinah renews her Critical Illness plan.
Age 35

Still have some questions? Read the FAQ below to get your questions answered!

Any Malaysians and PRs residing in Malaysia between 15 days and 59 years of age will be eligible for coverage. Coverage can be extended beyond age 59 if you have been enrolled in this Policy before that age and renew continuously up to the maximum age of 70.

What is Pre-existing Illness?

Pre-existing Illnesses are conditions that you already know of before purchasing this Policy. You may be considered to have reasonable knowledge of a pre-existing illness if:
• You have received or is receiving treatment
• Medical advice, diagnosis, care or treatment has been recommended by a doctor
• Your symptoms are obvious.
• Its existence would have been apparent to a reasonable person in the circumstances

Do I have to live in Malaysia to enjoy the benefits of this Policy?

Is there a "Waiting Period"?

What are the implications of switching policy from one insurer to another?

If you switched to another insurer and your current health status is less favourable to the new insurer, you may be imposed with new terms and exclusions and have to go through the standard waiting period before you can make any claim.

Do I need to have a medical examination/check-up before enrolling?

No, you don’t unless you have a medical history for which we may ask for your latest medical records.

What is “Survival Period”?

“Survival Period” is the length of time you must survive after you are diagnosed as having a specified critical Illness to be able to make a claim. For Critical Illness, the survival period is 14 days after diagnosis.

You will receive a notification on the renewal 60 days before the expiry of your existing policy and if you have provided consent for us to do so your policy will be renewed automatically (auto-debit) on a yearly basis, where premium will be adjusted if you enter a higher age band.

There is a “Cooling-Off Period” of 15 days given to you to review the suitability of this product. If you request for a cancellation or refund during this period, the full premium will be refunded to you minus any administrative expenses incurred.

After the “Cooling-Off Period”, you may request to cancel the policy at any time by providing notice to Oyen or MSIG. However, we reserve the right to determine the amount of premium to be refunded based on duration of policy or to reject the request altogether.

How do I make a claim?

Fill up this claim form to submit your claims. Submit the completed claim form together with all relevant documents as soon as possible upon the diagnosis of your condition.
Submit a claim

What do I need to do if there are changes to my contact details?

How do I lodge a complaint if I am unhappy with the product or services?

If you have a complaint about our product or services, or you are not satisfied with the rejection or offer of any settlement of a claim, you should first try to resolve the complaint with Oyen. If you are still unsatisfied with the decision, you can contact MSIG's Customer Service Centre.

If you wish to, you can further escalate any matter to the Customer Services Bureau of Bank Negara Malaysia or the Ombudsman for Financial Services (OFS), free of charge.

Get yourself protected from critical illnesses today